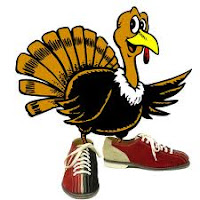 I won't be around much this week, but I did want to tell you about this awesome contest K.M. Walton is having. In an effort to get some buzz going about her debut contemporary YA novel, CRACKED (Simon Pulse ~ Simon & Schuster January 3, 2012), she has launched a live action book trailer contest. Prizes include the opportunity for budding filmmakers to get their one minute trailer critiqued by ten top industry professionals (an Oscar nominated producer team, writers for the MTV Movie Awards, the director of Entertainment Tonight, an award winning independent filmmaker, two accomplished television producers, a film agent, and the director of the movie THE MIGHTY MACS). There is also a top cash prize of $500. The Filmmaker’s Kit, promotional flyer, and complete contest details can be found at www.kmwalton.com. Good luck to anyone who enters, and have a Happy Thanksgiving!
Posted by Susan R. Mills at 8:00 AM

Have an awesome Thanksgiving, Susan.

I'm posting about the contest on Wednesday. Hopefully she gets some awesome entries. :D

Have a lovely Thanksgiving, Sus. I hope you eat till you drop! Something I intend to do. ;-)

I sincerely hope that K.M. gets some great entries. *wishing I could enter* But I know next to nothin' about all of that film stuff. (((hugs)))

Have a happy Thanksgiving Susan!

I can't wait to sit and stuff myself!

Hope you and your family have a wonderful Thanksgiving.

Thank you very much, Susan! I truly appreciate your kindness here.

Have a wonderful Thanksgiving : )

Happy Thanksgiving, Susan. Hope it's a good one.

That sounds like an amazing contest! Happy Thanksgiving to you!

Thanks for the heads-up, Susan. And have a wonderful Thanksgiving!! :-)

Hi there! Glad to have landed on your blog. Happy Thanksgiving and I look forward to following!

I hope you are enjoying your Thanksgiving break! Ours has been super nice. :)

Hope you had a wonderful thanksgiving! :)